There's No Such Thing as Healthy Oil

Get it out of your head: healthy oil isn’t a thing.

The negatives of eating oil far outweigh the positives – and if you’re looking for ways to improve your health through oil the best thing you can do is to exclude it from your diet completely. Or at the very least reduce your intake of oil as much as possible.

That doesn’t sound right, does it? A lot has been written about the benefits of olive oil or the Mediterranean diet so it seems odd to read that oil = bad.

But it is. Stay with me and I’ll take you through it.

Healthier does not necessarily mean healthy

Many of the articles extolling the benefits of olive oil focus primarily on the fact that it is not as bad as other oils (coconut oil, canola oil, etc), or other sources of fat (butter or lard). No argument from me on that point: if you currently use coconut oil or butter you would be better off switching to using olive oil instead – you will see improvements in health markers like your waistline, cholesterol, and CRP (a measure of internal inflammation).

The FDA has even announced a determination that certain edible oils are allowed to publish a qualified health claim linking daily consumption with a reduced risk of cardiovascular disease1.

As with the blog posts, the FDA are careful to note that the health claim only applies when these oils are used to replace other oils or fats which are higher in saturated fat. So even the FDA’s official position is healthier, not healthy.

Trying to eat less bad is certainly one way to approach eating, but in my opinion it’s an approach that completely misses the point of healthy eating – which is to get the best bang for your buck. 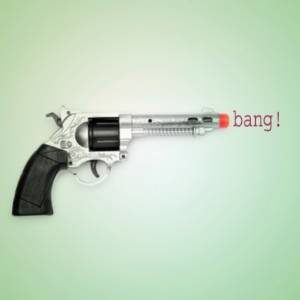 Bang for your buck

When you eat a meal you are putting an amount of nutrients into your body, and an amount of energy (calories).

Think of eating as a transaction where you “spend” calories to get nutrients. In this transaction your goal should be to get the best bang for your buck – the most nutrients for the least amount of calories.

This is an approach I try to encourage in my health coaching clients: maximize nutrient density while trying to minimize caloric density. Everything we do eat displaces other things we don’t eat because our appetite is not unlimited. If we eat lots of calories for very few nutrients that means we end up losing out on nutrients (if we limit our caloric intake), or we end up gaining weight (if we aim to get all our nutrients without minding caloric intake). So we risk ending up overweight or undernourished.

Oil performs really poorly from a bang-for-your-buck perspective. Vegetable oils are incredibly high in calories, and surprisingly low in nutrients. 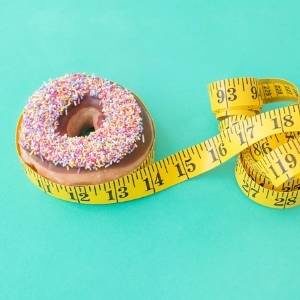 Let’s use an example to put things in perspective. When you fry up an onion in a tablespoon of olive oil, making a lovely bolognese, that tablespoon of oil is adding the same number of calories to your meal as about half a cup of cooked white rice would. 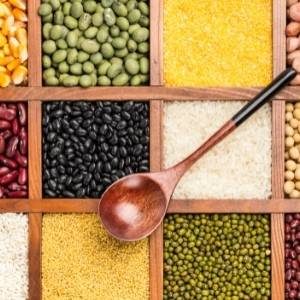 Oil is not completely devoid of nutrients other than fat, but it’s a bit silly to consume oil for its nutrition because in every single case there are much better and healthier ways to get the same nutrients.

Olive oil is generally considered one of the “healthiest” edible oils on the market, so let’s have a closer look at the nutrients to be found in it.

A tablespoon of olive oil will contain about 10% of your daily intake of vitamins E and K. And that’s pretty much all from a vitamins and minerals point of view.

Compare this to a fistful of spinach. About 100g of spinach has roughly the same amount of vitamin E as a tablespoon of olive oil, and about sixty times more vitamin K – more than 600% of your daily intake. And that’s not to mention the myriad of other vitamins and minerals it contains.

All for about one fifth the number of calories.

The main component of many dietary oils, oleic acid is a monounsaturated fat which has been linked to a wide range of beneficial effects, including reduced inflammation2, reduced LDL cholesterol3, and positively affecting a number of cancer-linked genes4. Oleic acid is the component which led to the FDA’s announcement mentioned above.

Even when omitting edible oils from your diet completely it is incredibly easy to get more than enough oleic acid into your diet, as it can be easily found in a wide variety of food sources including avocado, sunflower seeds, fresh olives, and many types of nuts.

Omega-3’s play an important role in our health5, and can be found in soy beans, corn, leafy greens, and nuts and seeds.

A tablespoon of chia or flax seeds mixed into your morning oats, for example, is a great way to get your daily dose of omega-3’s. You’re probably already getting more omega-6 than you should (or need), but that is a topic for another day.

The phenolic compounds in olive oil help give the oil its anti-inflammatory and antioxidant properties, which bring with them a wide range of health benefits, like reducing the risk of chronic disease, fighting inflammation.

Problem is, the phenol content of olive oils can vary greatly6 so there’s no real way to know whether you’re getting a good amount unless you buy special “high phenolic” olive oil. And even then you would be much better off finding your polyphenols elsewhere.

Whether by weight or by calories, even mundane plant-based foods like spinach and apples contain way higher polyphenol content than most high polyphenol oils, and certain foods like cloves, flax meal and blueberries absolutely obliterate olive oil’s phenolic numbers7! 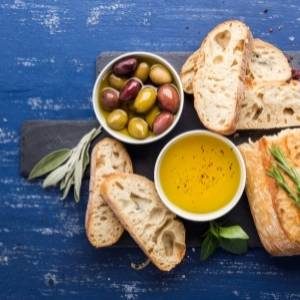 What about the Mediterranean Diet?

There’s no denying that the Mediterranean diet does appear to be a healthy one! Its high reliance on fresh fruit and vegetables, its exclusion of sugar and red meat, as well as its generally low cholesterol (and low trans fat) approach to eating has improved the health and well-being of many people around the world.

However, studies have not established a link between consuming olive oil and improved health. In fact, in the PREDIMED8 study – the study most often cited in support of the Mediterranean diet – the study group that supplemented with nuts fared better as a whole than the group which supplemented with olive oil.

It would appear that the Mediterranean diet is healthy despite its use of olive oil, not because of it.

So, is NO Oil Better?

Amongst other things olive oil impairs your endothelium9, which is a gateway to vascular disease.

There has as yet not been many large-scale studies confirming the effects of a whole food plant-based (no oil) diet, but many doctors are showing incredible results guiding patients through the intricacies of implementing this lifestyle change, like the rather well-known Caldwell Esselstyn and John McDougall.

Edible oils are essentially empty calories with no real health-based reason to consume them, because all the benefits of oil can be found in much healthier alternate sources.

Your health (and waistline!) will benefit if you can minimise or phase out your use of oil when cooking. And if you’re looking for alternative ways to use your leftover oil may I suggest that olive and coconut oils work really well in massages!

Gabrielle is an evidence-based vegan coach who believes that health transformation begins when you switch to a plant-based diet. Her mission is to help midlife women eat in alignment with who they are and what they value so that they can lead a happier, healthier and more fulfilling life.

Written by Gabrielle (hi!), these e-mails will help you on your plant-based journey with useful tips, tricks, facts and inspiration – and perhaps the occasional inappropriate joke thrown in for good measure.

We use cookies on our website to give you the most relevant experience by remembering your preferences and repeat visits. By clicking “Accept”, you consent to the use of ALL the cookies.
Do not sell my personal information.
Cookie SettingsACCEPT
Manage consent

This website uses cookies to improve your experience while you navigate through the website. Out of these, the cookies that are categorized as necessary are stored on your browser as they are essential for the working of basic functionalities of the website. We also use third-party cookies that help us analyze and understand how you use this website. These cookies will be stored in your browser only with your consent. You also have the option to opt-out of these cookies. But opting out of some of these cookies may affect your browsing experience.
Necessary Always Enabled
Necessary cookies are absolutely essential for the website to function properly. These cookies ensure basic functionalities and security features of the website, anonymously.
Functional
Functional cookies help to perform certain functionalities like sharing the content of the website on social media platforms, collect feedbacks, and other third-party features.
Performance
Performance cookies are used to understand and analyze the key performance indexes of the website which helps in delivering a better user experience for the visitors.
Analytics
Analytical cookies are used to understand how visitors interact with the website. These cookies help provide information on metrics the number of visitors, bounce rate, traffic source, etc.
Advertisement
Advertisement cookies are used to provide visitors with relevant ads and marketing campaigns. These cookies track visitors across websites and collect information to provide customized ads.
Others
Other uncategorized cookies are those that are being analyzed and have not been classified into a category as yet.
SAVE & ACCEPT
Powered by